The deal, which is backed by private equity giant Blackstone, values Hello Sunshine at $900 million. 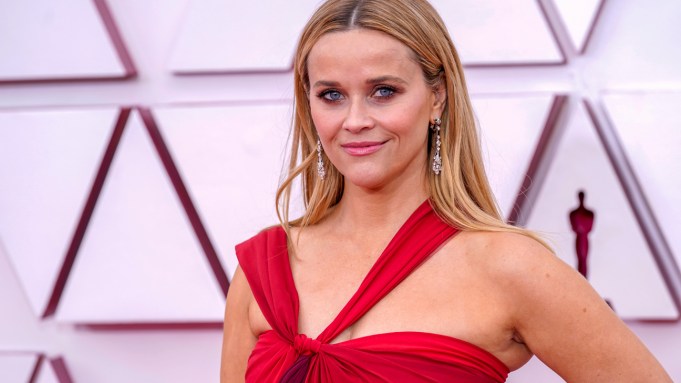 Hello Sunshine is owned by Witherspoon, her husband and former CAA agent Jim Toth and Seth Rodsky, as well as investors AT&T and Laurene Powell Jobs’ Emerson Collective. Witherspoon and CEO Sarah Harden will continue to run the company and remain equity holders. They will also join the board of the new media company.

Hello Sunshine’s sale comes on the heels of other major acquisitions — including Amazon’s purchase of MGM and Discovery’s takeover of WarnerMedia — as companies fight to compete in an increasingly crowded streaming market.

Staggs and Mayer have been seeking a number of deals in recent months for their still-unnamed media company. Blackstone has backed the company with a war chest of at least $2 billion, with the firm’s head of private equity Joe Baratta saying in a statement Monday that “the rapidly growing demand for high-quality content is one of our firm’s highest-conviction investment themes.”

Staggs and Mayer said in a statement that “Hello Sunshine is a perfect fit for our vision of a new, next generation entertainment, technology, and commerce company.”

“We seek to empower creators with innovation, capital, and scale to inspire, entertain, and delight global audiences with engaging content, experiences, and products,” they added. “Our platform will foster a uniquely creator-friendly culture that gives elite talent the resources they need to create and capitalize on their best, most inventive work. We look forward to backing Reese, Sarah, and their world-class team as they continue to produce and identify dynamic, engaging content for years to come.”

In a statement, Witherspoon said the deal “will enable us to tell even more entertaining, impactful and illuminating stories about women’s lives globally. I couldn’t be more excited about what this means for our future. I am committed to continuing to create opportunity for filmmakers, authors and creators of all backgrounds and experiences to tell their stories in their own way, and to reach more audiences who will see that their stories matter.”

Mayer has been busy since stepping down as TikTok CEO last August. He and Staggs partnered on a Special Purpose Acquisition Company with Shaquille O’Neal (it subsequently took The Beachbody Company public, with Mayer joining the board), and Mayer also became chairman of the sports streaming service DAZN.